If you’ve ever wondered how to frost a cupcake, then these easy tips we’ve put together will have you frosting your baked goods like a professional in no time! Actually frosting cupcakes is easier to do than people think. With the right technique and tools, you can be an expert in decorating your own cupcakes using smooth and creamy frosting in no time.

Today I’ll be sharing with you how to frost cupcakes the easy way. Before you know it, you will be making cupcakes for any occasion and wowing not only your family but yourself at what you can do. There is no limit as to what you will be able to create with these simple tips.

Key Supplies You Will Need

There are some key supplies that you will need. The great thing about tips is that they aren’t expensive so you can build up your stash quickly. My suggestion is to get a few of each size so you can make up multiple bags of frosting so you don’t have to stop while you are decorating to make up a new bag or clean out one bag/tip to fill a new bag.

Can You Pipe Frosting Using a Ziploc Bag?

Yes, you can. However, you can’t use a tip and you may not get the results you want. So while it’s doable, it’s better to just make the small investment in a lot of pastry bags.

Can I Frost Them the Day Before I Need Them?

Yes, you can. However, it’s best to enjoy your cupcakes within 48 hours after making them.

In an air-tight container on the counter.

I used the Ateco 848 closed star tip on this.

Step 1: I start by piping a dollop at the center of the cupcake. You can do this by holding the bag in a vertical angle to the cupcake.

Step 2: Put some pressure on the piping bag to allow a little frosting to come out, then pull up the bag and away from the cupcake then release the pressure. The dollop will be your guide for the next step, and it will also assist the additional frosting on top not crumble in the center.

Step 3: Moving around the dollop in the center, you can begin frosting the cupcake around the edge.

Step 4: When you finished a full circle, you can create the next rotation by moving the bag in an inward position then continue piping inwardly until you reach three full rotations then finish off by adding a small circle on top.

Step 5: Once you’re on top, release the pressure and gently pull the bag away.

I used the Ateco 825 open star tip for this.

The great thing about making this look is that it’s actually a lot more comfortable then the style above.

Step 1: Start by piping a dot in the center of the cupcake then continue piping around the dot until you have covered the top of the cupcake.

Step 2: Once you reached and covered the edge of the cupcake completely with frosting, release the pressure from the bag and gently lifted it away.

For this look, I used the Ateco 807 piping tip.

Step 1: Hold the bag in a vertical position to the cupcake.

Step 2: You will start by piping a full circle at the outer edge of the cupcake.

Step 3: Then as you complete the first rotation, place the piping bag slightly inward to create another circle then continue piping until you reached three full circle rotations plus a small one on top.

Step 4: Release the pressure on the and lift the bag gently away from the cupcake.

What Is An Offset Spatula and How to Use It

If you’ve never used an offset spatula before, this is a tool that you must add to your kitchen!

Step 1: To begin, hold the cupcake in your left hand and the spatula in your right. This will give you a good view of the cupcake so you can spread the frosting evenly over the entire surface.

Step 2: Scoop out the icing using the spatula knife and place it in the center of the cupcake. Spread outward, smoothing the surface with the edge of the spatula.

To do this decoration, you will need the Ateco 807 plus an offset spatula.

I think this is a really unique style. Not only is it a combination of two techniques; piping and spreading, it also provides a perfect, yet straightforward cupcake decoration.

Step 1: Use the plain tip to make the dome onto the cupcake.

Step 2: Using the With the offset spatula, flatten the top of the frosting and spread it towards the center of the cupcake.

For this decoration, I used the Ateco piping tip # 863.

Step 1: This is really a very easy decoration to do. It’s just an on-going piping swirl method that you keep repeating. That’s it.

How to Make American Buttercream

If you've ever wondered how to frost a cupcake or how to make the buttercream you need, don't worry, we have you covered! This easy recipe and tutorial will have you decorating your own cupcakes in no time!
Print Pin Recipe
No ratings yet
Course: Dessert
Cuisine: American
Keyword: Buttercream frosting, cactus cupcakes, Frosting, How to Frost Cupcakes
Prep Time: 5 minutes
Mixing time: 10 minutes
Total Time: 15 minutes
Servings: 2 cups

DID YOU MAKE THIS RECIPE?I love hearing from you, simple tag me at @TheSweetHouseOfMisato

This tutorial was original on The Sweet House of Misato. After we purchased the site, we transferred all of the posts and videos over to Fun Country Life. 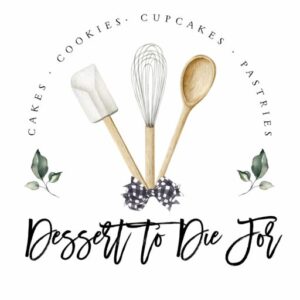 All links on this site may be affiliate links and should be considered as such. Desserts to Die For is a participant in the Amazon Services LLC Associates Program, an affiliate advertising program designed to provide a means for sites to earn advertising fees by advertising and linking to Amazon.com. See our privacy policy for more information.

How to Make Buttercream Flowers for Cupcakes